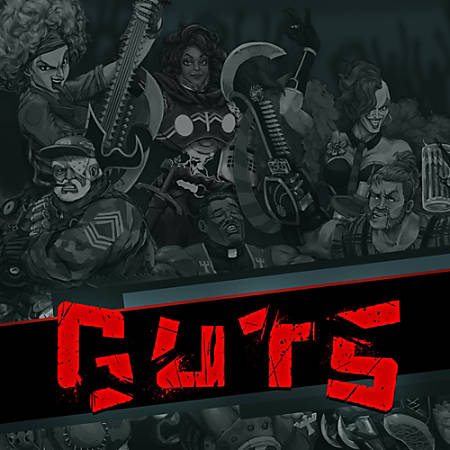 GUTS is a hilarious ultra-violent Tarantino-style over-the-top game where players must dismember each other by chopping off arms and legs. Lost a limb or two? Worry not, the fight continues even when there are just two little stumps, and it keeps going until one fighter emerges victorious after dismembering all the opponent’s four limbs and landing a final blow! GUTS does not have a Health Bar – the fighters must dismember their foes and deliver a final dismembering blow to win. Each one of the 9 characters has their own story and a reason to be at GUTS. Everything is allowed to keep the show entertaining for the spectators and players! • Unique dismemberment mechanics - fight with what you've got! • Fun gameplay for every player – from beginner to pro! • Moves and Special Attacks change according to how many limbs the character has left • Interact with awesome environments full of hazards that can cause as much harm as an opponent; • 9 unique and hilarious characters with rich background stories • 8+ hours of single-player gameplay to unlock all 18 endings • Online Gameplay - Challenge players around the world • Original soundtrack, fun party game modes • Extras: Unlockables, Skins, Videos, Soundtrack