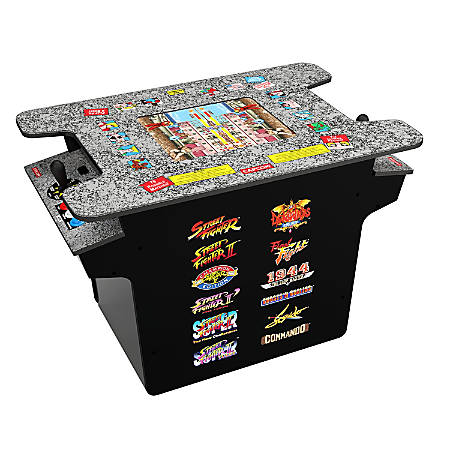 Put your combat and strategy skills to the test against the computer or a friend with this Street Fighter Head-To-Head Game Table from Arcade1Up. With real-feel joysticks and control buttons on either side of the table, 2 players can engage in epic clashes as they show off their favorite character's special moves and create amazing combos. Not to mention, each player can keep an eye on the on-screen action with the 17" display that provides a split-screen view.